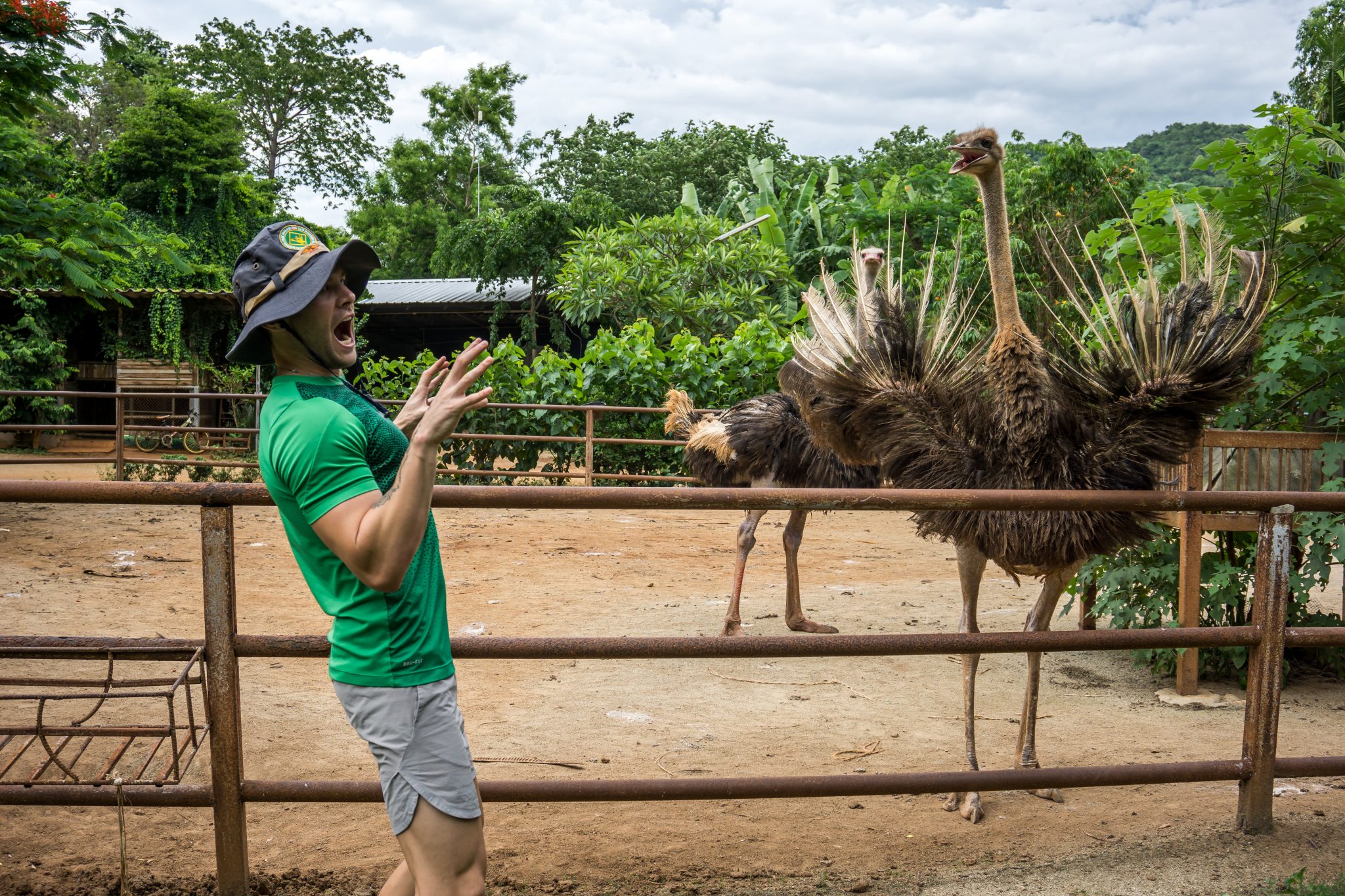 I’ve been seeking a new challenge outside of racing for a little while, and being roped into a half marathon by a friend at Christmas was the perfect chance to give something new a try.

It’s not uncommon for a racing driver to spend years travelling to exotic countries, but never venture from the repetitive back-and-forth trip between airport, hotel and race track.

This year I’m making a conscious effort to change that, taking some time before or after each race to explore some of the beautiful surroundings and take in all that (in my case) Asia has to offer.

It started in Malaysia, driving south to Mellaka after racing at Sepang to try durian and a variety of the spiciest foods Malaysia has to offer – a real favourite for me.

Last weekend, I roadtripped with my friend Bia from Bangkok to Khao Yai, deep in the Thai jungle.

From our condo at the foot of the lush, green forest, we had all Khao Yai National Park has to offer within close reach.

I travel to eat – so local food offerings were high on the list. I’m not into monuments and history, personally, but animals….oh yes, anything with food or animals and you’ve got my undivided attention.

From a wildlife farm where I was confronted by a giant ostrich and surrounded by a pack of friendly goats, we made our way to the summit of Khao Yai, where wild monkeys clambered all over the Mini Clubman we were driving. They thought nothing of it, as if we were a part of the natural landscape!

I enjoyed hiking through the jungle, and a lot of the bush was similar to at home in New Zealand. That is, apart from the giant spiders, leeches, grazing deer and giant squirrels hiffing nuts at us from the treetops!

In the evening, we took a night safari where giant porcupine roamed the plains and while no elephants or bears were spotted this time, the fireflies made it a pretty magical experience.

Finally, I traded 600 horsepower…for one. I’ve never ridden a horse, and I’m happy to admit I was a little scared at the prospect. The white stallion I mounted was a moody teenager, and I had to treat him with a whole lot of respect, but it was a fantastic experience.

As an #SPCAambassador, one of the most special parts of this wildlife experience was the freedom and care the animals had from the park rangers and owners. It seemed to me like it was the best of both worlds, if that’s possible.

So, Khao Yai. If you’re venturing to Thailand – go there. You won’t regret it!