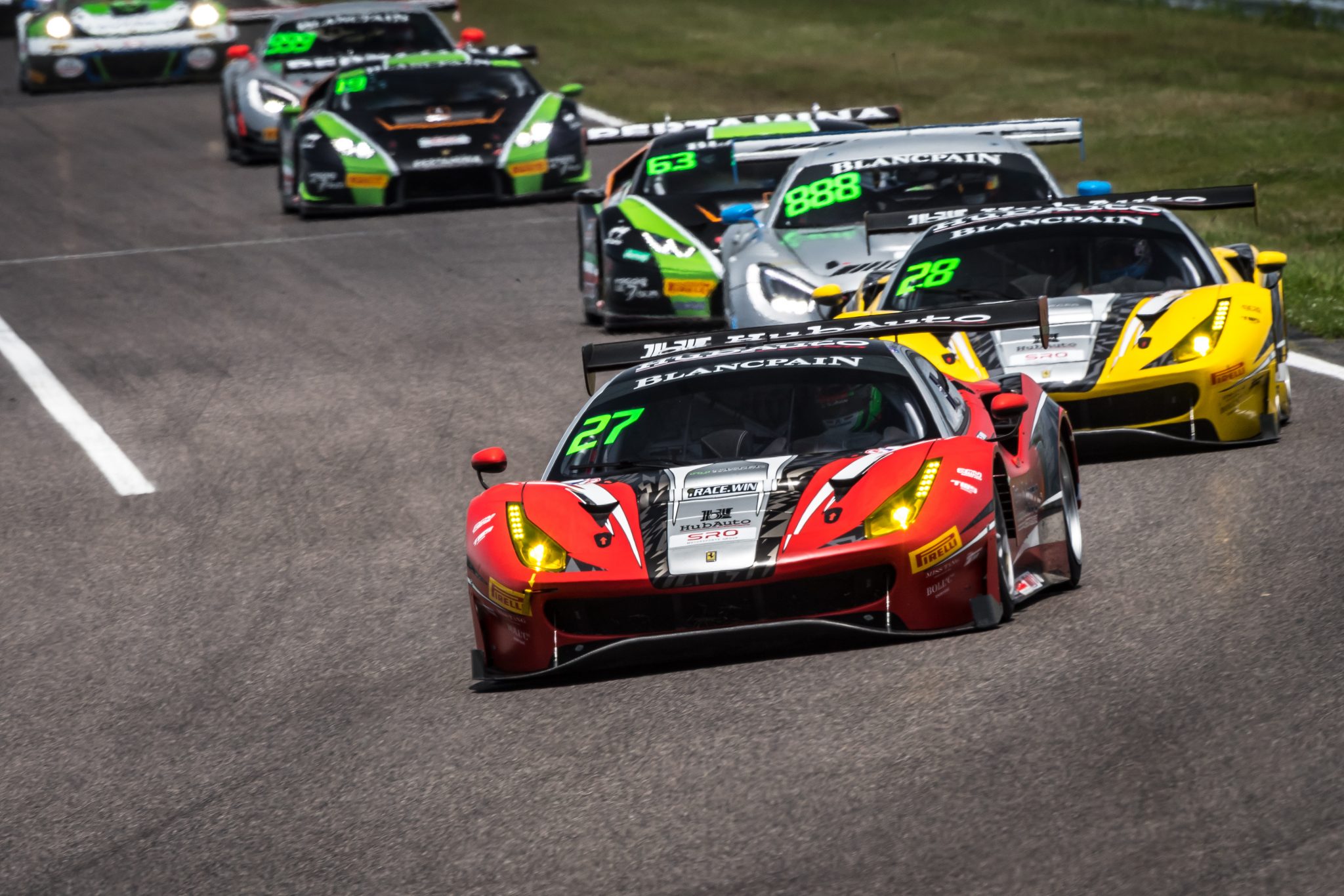 Kiwi Jono Lester has added a third race programme to his 2018 schedule, linking up with Taiwanese team HubAuto Corsa for Blancpain GT Series Asia, where he will partner Australian Nick Foster in a Ferrari 488 GT3.

The new driver combo is set to debut this weekend at Japan’s Fuji Speedway – a circuit Lester knows intimately from his many years racing on Japanese soil.

Lester will call on his extensive Japanese racing experience to assist Foster – currently fourth overall in the points standings – in his quest for the Driver’s Title.

Foster is in stellar form this season, scoring podium finishes and an emphatic pole position at the most recent Blancpain Asia round at Suzuka; leading a HubAuto Corsa 1-2 front row lockout with countryman and V8 Supercars driver Tim Slade.

Lester himself is no stranger to driving a Ferrari, starring in the 2015 Australian GT Championship behind the wheel of the previous model 458 GT3.

Most recently, Lester has raced to the podium in Japan’s SUPER GT Series with the Gulf Racing Porsche team, and is a winner in this year’s Thailand Super Series driving a Vattana Motorsport Lamborghini Gallardo FL2.

Lester and Foster have been close friends since first meeting during the 2011 Toyota Racing Series in New Zealand. The prospect of ‘partnering up’ has been rallied back and forth since their respective career paths aligned in GT and endurance racing.

Coincidentally, both are also Gulf Racing alumni from the 2017 season, with Foster competing in the World Endurance Championship and Lester in Japan’s SUPER GT Series.

Flanking the Foster/Lester entry at Fuji this weekend is the yellow sister car of HubAuto Corsa Team Principal Morris Chen, who will drive alongside Ferrari Factory ace Davide Rigon, fresh from the Le Mans 24 Hour and Goodwood Festival of Speed events.

Each of Blancpain GT Series Asia’s six race weekends feature two one-hour races: one on Saturday and the other on Sunday. Two 15-minute qualifying sessions – one to decide each race’s grid – are staged on Saturday. Practice takes place on Friday and Saturday.

A mandatory time-controlled pit-stop and driver change takes place between 25 and 35 minutes of each hour-long race.

Also on the grid at Fuji is Lester’s team for the upcoming Suzuka 10 Hour race, D’station Racing. Satoshi Hoshino and former Le Mans winner Seiji Ara will share the #47 D’station Racing Porsche GT3-R which Lester will drive in the famous endurance race on August 23-26.

“Thank you to HubAuto Corsa for the opportunity to join their impressive team in this top GT series. To be successful in Blancpain GT Series Asia requires a fast car, slick team and rapid co-driver – HubAuto have all three.

“Nick [Foster] and I have always joked about how cool it would be to pair up one day, but I never actually thought it would happen until we both ended up in Asia with our respective GT careers.

“HubAuto is the perfect environment to make my Blancpain debut, and I finally get to drive a 488 GT3! It’s been top of my list since the 458 days back in Australia and New Zealand.

“This team are hungry to win, and I hope my experience in Japan will help them achieve their goal. As the most Japanese white man on the grid, Fuji is almost home turf for me now!”