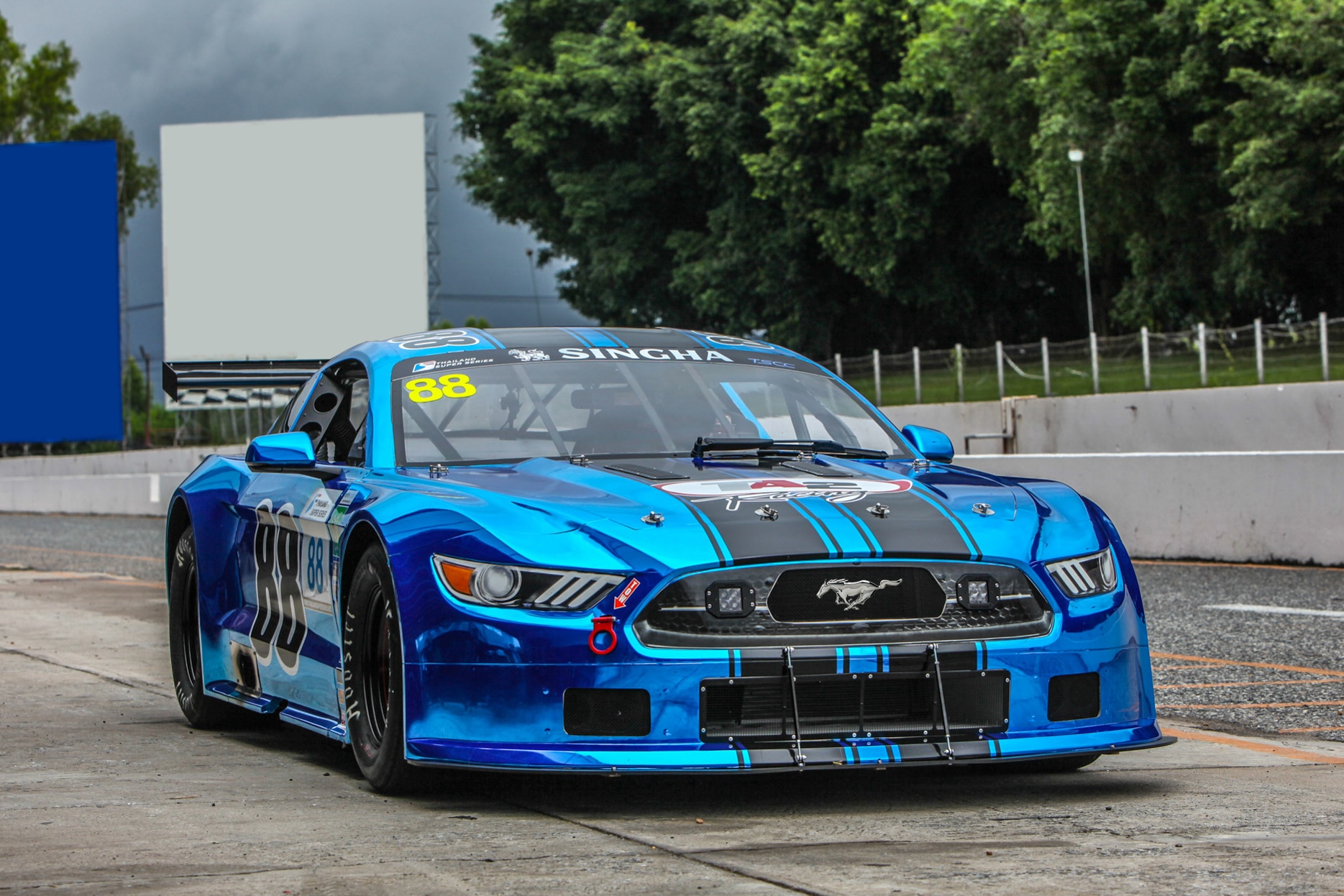 Jono Lester will be pulling double duty in this year’s Golden Homes North Island Endurance Championship with the Kiwi Sportscar ace confirming he will be racing in one of two Corliss Race Engineering Ford Mustangs for this year’s One Hour series alongside his DFM Audi GT V8 Three Hour commitments.

As first reported by Velocity News last week, CRE will partner with Ford New Zealand in a nation-first landmark deal aimed at reigniting the interest between Kiwis and the domestic V8 scene.

As one of New Zealand’s top professional sportscar racers, Lester will be eligible to compete in the One Hour race under a relaxation of driver regulations which previously strictly limited the competition to Amateur racers.

While a truly exciting prospect, Lester admits he never intended to land the CRE drive but was forced to re-organise his racing calendar after the global pandemic scuppered his international ambitions.

“I became friends with Craig Corliss [Father of CRE team boss Jono]while racing in Thailand in 2018, and it was he who got me in the door to race up there,” Lester told Velocity News.

“At the conclusion of my Super GT commitments, I flew to Buriram to do a Balance of Performance test for the GT3 and Howe GT cars, after which Craig and I tried to pair up a couple of times but the calendars just never lined up.

“Then when I heard about the idea to bring their cars down here to NZ, I offered to help the Corliss’ wherever I could – whether it was unloading containers, driving training, anything.

“Jono [Corliss] and I then started to collaborate, but I never intended to race. I was committed to DFM with the Audi, and at the same time was trying to get to Japan for SUPER GT.

“But with COVID hitting our shores it forced me to restructure my calendar and include races here in NZ, so when CRE decided to put their best foot forward by having a Pro driver in one of their cars, they asked me if I was interested and I was like ‘F*** Yeah!

“Dave Dovey and DFM gave me the all-clear me to drive for CRE. As the series coordinator Dave wants as many cars on the grid as possible, so he was happy to assist. We’ll be pitting both teams in the garages next to each other to save me running up and down pit lane all day.”

A GT driver at heart, Lester admitted he was never overly enticed to follow the V8 touring car route and instead pursued top-tier drives in Asia.

But the 30-year-old believes the partnership between Ford New Zealand and CRE will be nothing but positive for domestic motorsport which has become stagnant in recent past.

He also reiterated how enjoyable hanging loose in a V8 Transam monster is after a lengthy tenure in sportscars.

“From what I have seen so far I am encouraged and impressed with Jono and how serious he is taking this CRE project,” praised Lester.

“He really has his head screwed on I think this deal with Ford New Zealand is fantastic for the sport here in New Zealand, and also abroad as its becoming apparent the structure and opportunity for other kiwi drivers to head internationally is truly awesome. Hopefully I can look back in three or four years’ time I can say I was in the right place at the right time with this project.

“I’ve only done a few laps in a Mustang in Thailand, but I loved it. The cars are everything you envisage motorsport to be as a kid – it’s a visceral experience. Fun, noisy, wild, everything that gets your heart racing.

“I love GT cars but they are so advanced now that they are becoming quite sanitised. This is a chance for some new for me, which at 30 years old now is hard to come by after so many years in the sport.”

Pulling off two Endurance campaigns is no easy feat and it becomes even harder when the driver has had limited testing in either car.

“I don’t know how well I will go in either the Mustang or the Audi. We’ve had minimal running in either car due to COVID, but we are confident that both will be a chance for the outright podium.

“From the indicative times I’ve seen, we will be competitive, especially on the Hankook tyre which is quicker and more consistent per lap than the Hoosier I tested on in Thailand.

“We’ll be testing as much as possible in the build-up, including the Rush Hour event in early September.

“A great opportunity has presented itself and having met the team it’s all positive and we have definitely gelled well and I am really looking forward to it.”

The opening round of the North Island Endurance Championship remains set to be held from Hampton Downs Motorsport Park on September 19.